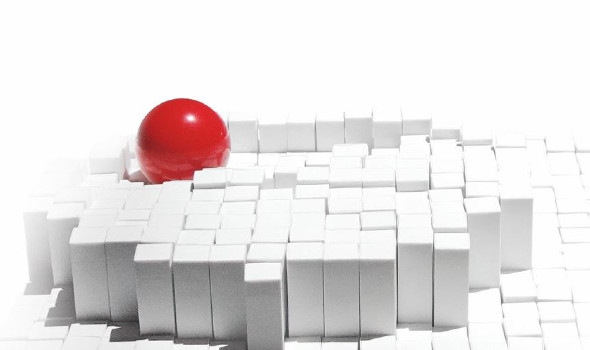 How do we get the digital (back) into the physical world? An answer to this question could be so-called radical atoms. In a sort of digital core meltdown, they bond information and material—the information liberated from the constraints of the pixel realm, the atoms wrenched out of their static state and set in motion. The results are smart materials that can be computer-modeled and remodeled into ever-new forms. Radical atoms in the hands of visionary scientists and engineers are being formed into high-tech materials and applications with astounding properties and capabilities. Neuroscience and biotechnology, robotics, hardware and software play roles in this; so do traditional practices in the crafts and trades. A hotspot of these trailblazing developments is the Media Lab at the Massachusetts Institute of Technology (MIT), where Hiroshi Ishii and his Tangible Media Group have been working on new forms of human-machine interaction for over 20 years. The breakthrough prototypes that have been emerging there can now be seen in the Radical Atoms exhibition at the Ars Electronica Center.