Posted at 13:28h in Festival, General by Steuermann
0 Likes
Share 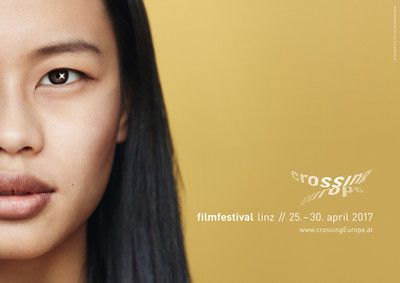 Since 2004, the CROSSING EUROPE Film Festival Linz has devoted its program each year in April to idiosyncratic, contemporary and socio-political auteur cinema from Europe. Over the six days of the festival, CROSSING EUROPE offers international film and press representatives and guests of the film industry (nearly 700 accredited festival participants) and the Austrian audience a program with approximately 160 outstanding, hand-picked fiction films and documentaries.

With the program selection festival director Christine Dollhofer seeks to do justice to the diversity of European cinema (and consequently to that of the continent of Europe). The Linz festival audience has an opportunity to see high-quality European productions and cinematic highlights of the past festival season (from A-festivals like the Berlinale, Cannes and Venice) suitably presented on the screen.

Despite changes in media consumption and reception behavior, film festivals still play an important role: in bringing new positions and developments in film art to a wider public for discussion, curating programs and films that, all too often and despite international festival success, have no place in cinemas for economic reasons, and giving them an audience. This also includes presenting films from a young generation of directors.

CROSSING EUROPE is an attractive and communicative platform for young filmmakers, cineasts and representatives of the film industry, a festival of manageable size, which centers around experiencing film in a relaxed atmosphere. In short: “CROSSING EUROPE – for all of seven days it is actually something like the Austrian living room for European film.” (Kurier Vienna, 20.04.2009)